tosJis, meaning “let’s ride” in Khmer, is a platform dreamt up by a group of eight Cambodian university students hoping to revolutionise transportation in the Kingdom.

The team was one of three winners of the recent Toyota Impact Challenge and has been on a six month incubation programme with Impact Hub, who has connected the young team with mentors to help them tackle business and technology hurdles that come their way.

I sat down with nineteen-year-olds Vitak Cheav, Meily Meng, and Hong Monyreach and they explained that the team realised that the problem with Cambodia’s public transport was that no one was really taking it. Through surveys the team found that many find taking Phnom Penh’s public buses too much of a hassle, and so they built an application hoping to change that. 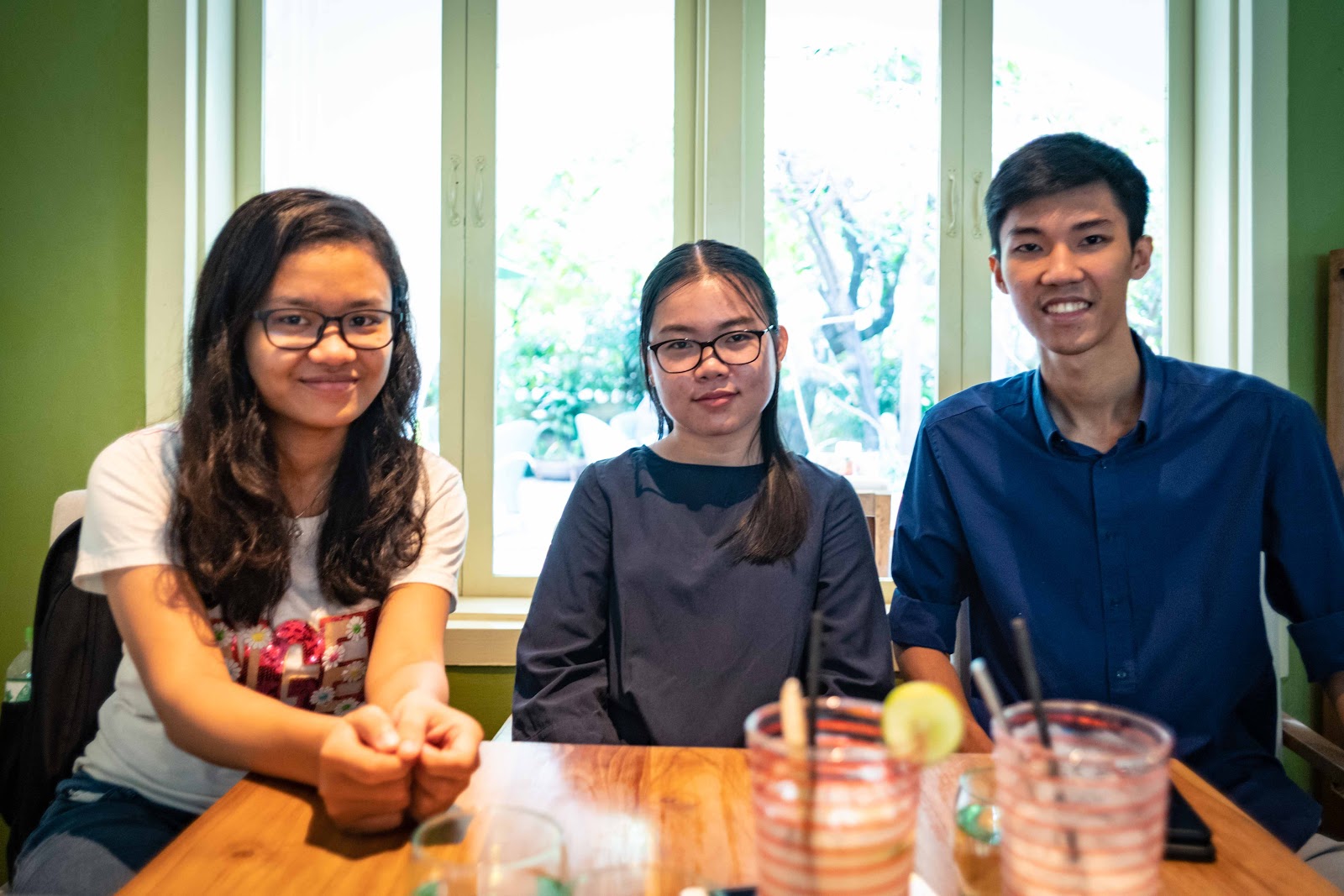 “For example if you want to go to AEON Mall from Toul Kork you won’t know which bus stop to board the right bus to reach your destination, because there are many bus stops,” Hong said. He explained that even Google Maps’ route creation does not work with Phnom Penh’s bus network, unlike cities like Tokyo, Seoul, and Singapore.

“One of the problems we wanna fix is live location and estimated time of arrival. People don’t want to wait at the bus stop, and many say that they wait for the buses for a long time, like 40 minutes, sometimes reaching up to one hour.”

Their biggest hurdle was building the best route creation algorithms, an extremely complex process, which the team overcame with the help of their Impact Hub mentor Max Berger. “We were trying to figure out the algorithm that work for our app and the mentor connected us to the IT department that could help us, and they offered us a solution, ”said Hong. This was aided by City Hall providing the exact coordinates for the bus stops.

They aim to launch the beta in January, and while acknowledging their approach is slow, they stress it takes time to optimise functionalities and build a better application.

“We must make sure people love it first,” said Hong. They’re also preparing for their final pitching for the Toyota Impact Challenge, and Geeks in Cambodia wishes the team the best of luck!

You can find out more about the platform on their Facebook page HERE!