The young team hoping to transform waste management in the Kingdom came out on top at Saturday’s final pitch and went home with $10,000 in investment from sponsor Toyota Cambodia.

SmartBin Cambodia was one of three finalists pitching to a panel of judges at Workspace 1 by Factory Phnom Penh. Along with last mile delivery service Rushero and transport application TosJis, all three teams made fantastic pitches that utilised visual media and it was a tough decision for the judges!

For Chanamrithvatey Kim from the SmartBin team, the unexpected result concluded months of efforts and hard work from the team. “I was so excited I was about to cry… it is like a dream come true,” she said.

She recognised that the investment is just the start of the team’s journey, and there’s a lot more work to be done, but “the process will be faster with the investment and connections that we’ve made, so we are going to improve the bin, recruit more people into the team and make it happen for real!”

Even with major hurdles in prototyping and fundraising, SmartBin showed off a sleek prototype at their pitch along with concrete plans for future adoption and their business model. Ultimately, team sold the social solutions of their waste management system to the judges, answering their questions well.

The improvements in pitches by the three finalists over earlier rounds was impressive, noted judge Cheryl Lee, an Investment Officer at Emerging Market Investment Advisers.

“I attended the semi-finals and from then till now I can see a lot of development and growth in the teams, so I am very positive. It’s really amazing to see these young entrepreneurs doing these amazing things and thinking of these innovative ideas.” 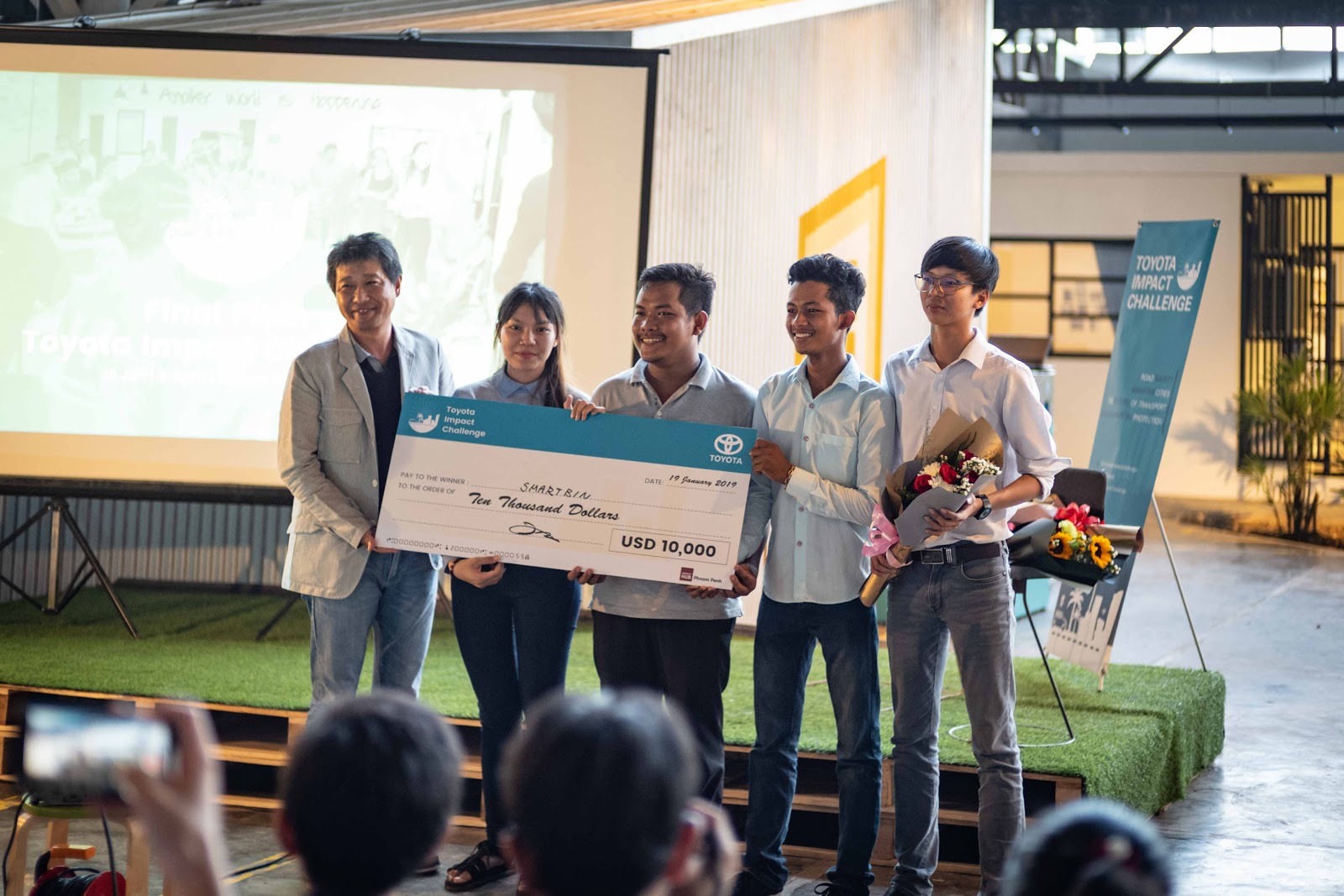 The SmartBin team receives the prize of $10,000 from Mr Hiroyuki Itoh.

Olivia Hough, Managing Director of Impact Hub Phnom Penh, was also impressed by the growth the teams have shown, and the promise it holds for future programmes and events by Impact Hub, including the much anticipated launch of the online learning platform at the end of this month.