In the first of a series of Exclusive Reports, Geeks in Cambodia has spoken with some of the Kingdom’s top movers and shakers to learn more about the Cambodian investment landscape and share some important information with the ever-growing startup ecosystem — and there’s more to come.

The story of online news and entertainment portal Khmerload’s rise is certainly a Cambodian success story. In April 2017, Khmerload’s parent company, Mediaload, became the first Cambodian startup to receive Silicon Valley investment, and one of only nine startups to receive venture investment in the past two years.

The $200,000 startup fund has positioned the firm as investment pioneers in the eyes of many in Cambodia, explained Chief Executive Officer Vichet In.  “It was very difficult. We learnt that it is good to be aggressive,” he said, after early attempts to attract funding fell short.

Their vision to become a regional digital mass media empire remained throughout, and so they expanded in 2016 to Myanmar, where the initial 3-person team had racked up 3 million pageviews in only 3 months. The site is now one of the most popular in Myanmar, and they hope to expand into other Asian countries.

It was this Myanmar success that gained venture capital interest in the firm, but Vichet chose to reach out to 500Durians, the Southeast Asian arm of Silicon Valley-based venture fund 500Startups. He pitched his business and after a 60 minute phone call he received the $200,000 dollar offer. Due to investor concerns about their money in Cambodia, they insisted that Vichet register the firm in Singapore, a 5-month long process.

This cloud of unfamiliarity about Cambodia’s legal and financial landscape is one of several obstacles that experts have highlighted. 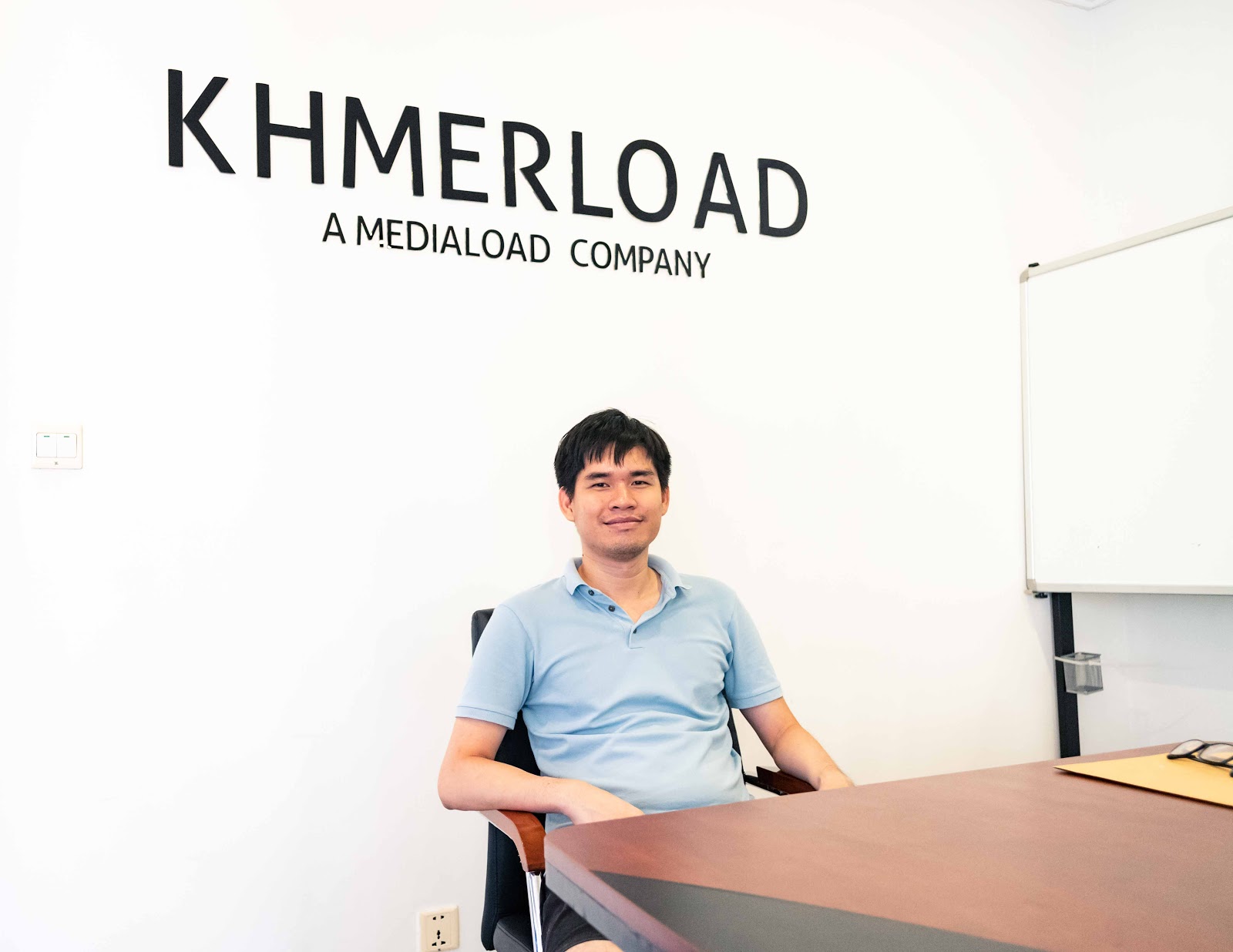 Vichet In from Khmerload, a Cambodian investing success story.

You See Challenges, I See Opportunities

Digital Classifieds Group (DCG), who are behind homegrown real estate platform Realestate.com.kh, received $1.8 million in investment earlier this year from Belt Road Capital Management (BRCM), a private equity investment fund focused on countries based along the Mekong river such as Cambodia, Myanmar, Laos, Vietnam, and Thailand.

“The process to receiving the most recent funds was interesting and less traditional. We were not exactly looking for the funding at the time. But Belt Road approached us, and we knew they would be a great strategic partner,” said Realestate.com.kh CEO Thomas O’Sullivan.

Since receiving the injection of funds, Realestate.com.kh has expanded their team, heavily invested in their biggest marketing campaign to date, and went regional by scaling up operations in neighbouring Laos.

“Raising the capital has allowed us to move faster on a lot of our strategic moves in the market. Whilst you always worry about cash flow, it certainly makes you breath a little easier,” Thomas explained in an email.

“Some key learnings I would advise startups looking for funding would be to have a good deck, solid numbers, and to network network network, it’s time consuming and tiring, but well worth it,” Thomas added.

BRCM has actively invested in major Cambodian startups, including the recent acquisition of a 40 percent stake in local media startup Sabay Digital Corporation.

“Investor interest in Cambodia’s SMEs is on the rise. The reason for this is general macro economics, as you have a relatively untapped, young market with rapidly growing wage rates and disposable income,” noted Alex Odom, Chief Investment Officer of Belt Road Capital Management, in an email.

“Increased competitiveness in regional ASEAN countries like Vietnam have investors moving to countries like Cambodia, where you can enter into SME businesses at a much cheaper valuation,” he added.

“Neighbouring markets with up to 5 times the population of Cambodia are naturally going to be more attractive. But this should be seen as a positive for Cambodian entrepreneurs and investors alike. It means there is also less competition and investors can still get in early and find some great businesses to invest in, often at a good price,” explained realestate.com.kh’s Thomas.

“Of course any emerging market is riskier than developed markets, but often the upside is greater for investors.”

And this investment interest in Cambodia has certainly increased.

In 2017, Smart and Mekong Strategic Partners launched the $5 million SADIF VC fund to “invest in Cambodian-based, digital service companies and start-ups and aims to spur the digital ecosystem in the country.”

To date, this has seen Joonaak, Morakot and Aniwaa receiving funding to grow their services and reach. The VC landscape was joined earlier this year by OOCTANE, headed by Cambodian tycoon Rithy Sear, also with a $5 million fund.

Impact Hub Phnom Penh, a pioneering coworking space and business incubator in Cambodia, has itself been courted by some 5 different investors looking for promising startups in the past month. Through its SmartStart partnership with Smart Axiata and other ongoing incubation and accelerator programmes, Impact Hub has seen many of Cambodia’s most promising recent startups pass through its doors.

“In two years we might not be having this conversation. Cambodia will be marked on the radar as an emerging hub. It’s a small ecosystem, so even though there are challenges like not having trailblazers, you also have benefits; if you go and network really hard you can know a lot of people who are actually really important,” noted Managing Director Olivia Hough.

One such important person in the local startup and SME ecosystem is Rithy Thul. The serial entrepreneur founded SmallWorld Cambodia, a coworking space and investment company in 2011, and has had a hand in over 50 startups, himself having started a couple, making him one of a few individuals in the country to be both an investor and startup founder.

He struggled to secure early funding to grow SmallWorld, admitting this was due in part to his own lack of preparedness. 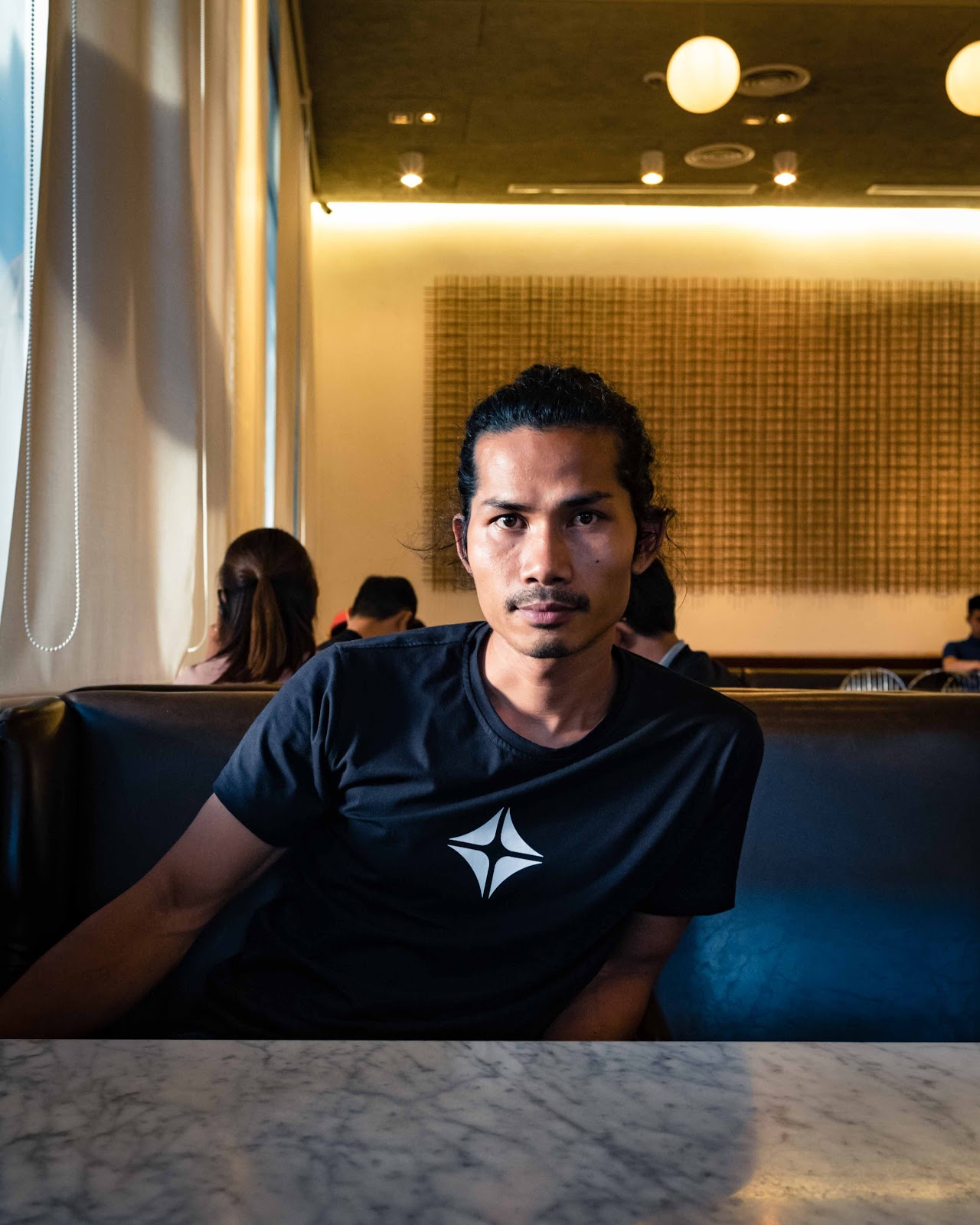 “We learnt a valuable lesson by not having money, we learnt to be sustainable by bootstrapping, and when we were ready the money came.”

He is optimistic about the current investment landscape in Cambodia, and stresses that some of the investment issues stem from a lack of preparedness among local startups and SMEs.

“I don’t think there is the lack of investors, there are a lot of money, but are startups ready to receive the money? They want to receive money but many are not ready yet. If startups were put in the shoes of investors they will know how hard it is,” he said.

The Road to Success

Rithy sees the greatest challenge facing local startups is finding the right people, and then building a competent team who has the same vision for the startup is the hardest part of starting up — rather than a challenge in receiving investments.

“There’s a lot of talent in Cambodia, but not a lot go into startups, because they don’t feel that it’s secure, they would rather work for a big company.”

With the work of Impact Hub, and others like accelerator Confluences, the quality and capacity of startups and SMEs in Cambodia is constantly improving and developing. With the increased regional interest in investing in Cambodia (even if a lot of this is Chinese money flowing into the real estate sector) the funding potential for the Kingdom’s entrepreneurs is improving.

With Khmerload being one of Cambodia’s first tech investment success stories, Vichet sees an added role for the Kingdom’s tech community other than simple business success.

“We need startups like us to scale quickly and expand regionally to improve Cambodia’s image, making it easier for young startups in the future,” he stated.

As the success of startups such as his continue to influence countries across the region, Cambodian entrepreneurs are proving the value that investing in the Kingdom and its talent can bring. There is more and more money available for proven ideas and projects, and it is an exciting time in Cambodia. Geeks in Cambodia is excited to be starting a new series of Exclusive Reports that will look into various topics in the Kingdom, and highlight the development of skills, jobs and services this investment brings.

We will talk to as many people as we can to ensure a wide selection of voices, as we do our best to show the development in the country’s tech and digital sector, a point of great pride for those we spoke to for this article, including Khmerload’s Vichet.

“I have to make sure I’m successful, so I can give a success story to Cambodia.”