Agribuddy: The Startup Hoping to Change Agriculture in Cambodia

Agribuddy Cambodia launched in late 2016 with a small team but a big dream — within less than 2 years they have constructed a system that they hope will revolutionise agriculture in the Kingdom, and despite securing over $3 million dollars in investment so far, they have their sights on far greater funds.

“We have thousands of farmers, hundreds of suppliers, Buddies, banks, and we have to talk to them one by one, it’s very very tough.”

Agribuddy’s system is innovative, in that they recruit and train entrepreneurs from all over the country, called Buddies. Armed with smartphones and the Agribuddy application, the Buddies then recruit local farmers which allows farmers with limited literacy and no smartphones to benefit from the system. The application then streamlines the farming process by connecting the Buddies and their farmer network to banks, suppliers, markets, and technical help.

Through their system the young company hopes to counter four main issues plaguing the Kingdom’s farmers: the lack of access to loans due to farmers’ having little to offer for collateral; difficulty in accessing the wider market and thus, better prices; a lack of technical knowledge in farming efficiently; and lastly the small size of average farmland.

“For example, one hectare of land needs three to four bags of fertiliser, but they have no money, and with no loans they can only get one bag. This results in a low yield and no money,” Pakk noted.

Agribuddy was founded by Japanese entrepreneur Kengo Kitaura in 2015 to solve these issues by connecting all the stakeholders together, and in less than two years, Agribuddy Cambodia has recruited more than 630 Buddies, connected to 6,000 farmers, with over 130 suppliers and multiple buyers.

Besides connecting stakeholders, Agribuddy also collects crucial data on the ground to understand farmer’s difficulties, develop solutions, and build credit profiles for banks. With these credit profiles, Agribuddy acts as the guarantor of the loans given to farmers, ensuring the farmers get the capital they need while keeping the banks happy. 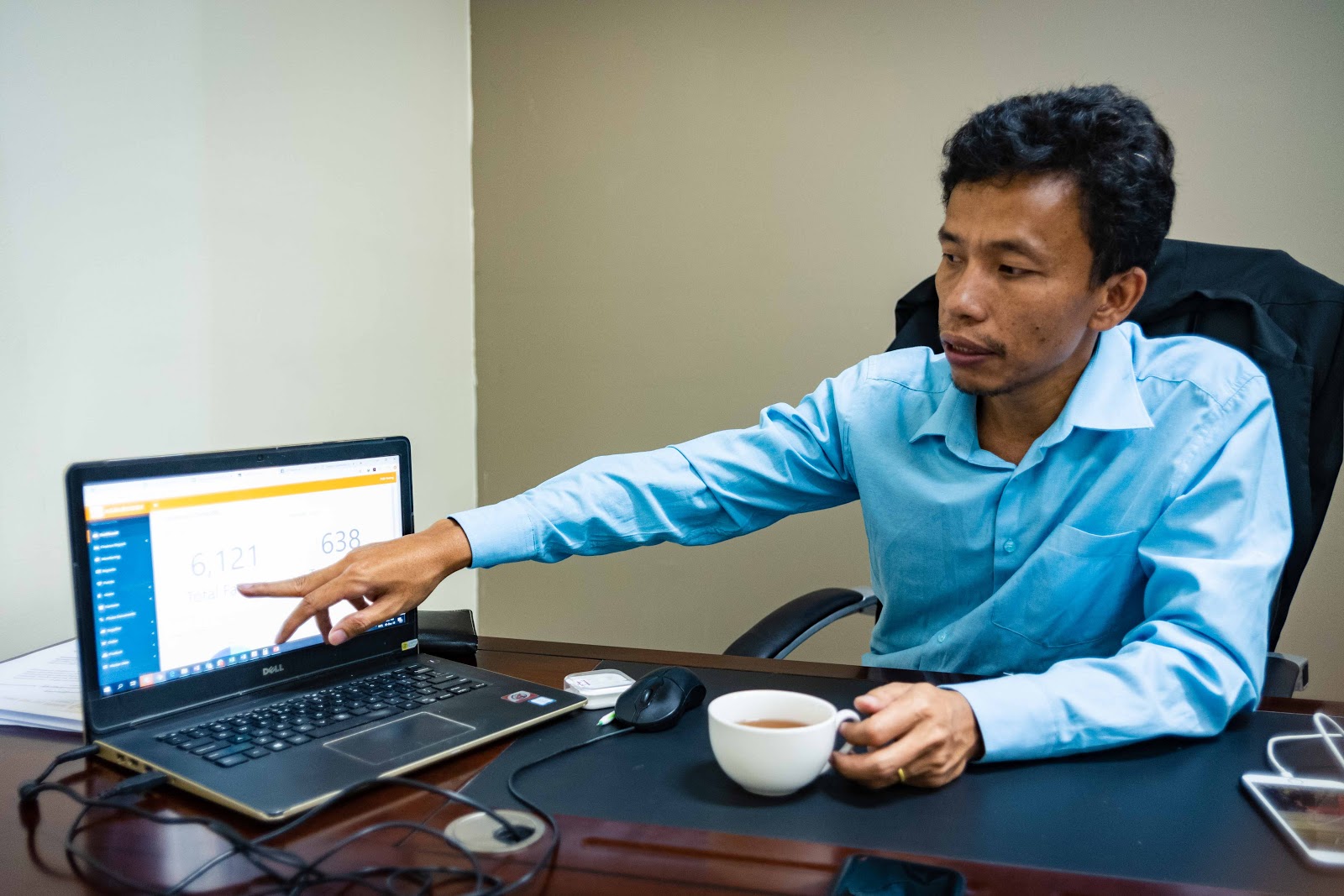 In addition to 6,000 farmers already connected to Buddies are another 47,000 registered farmers keen to join. Controlling growth and building a trustable, reliable system among existing customers is their priority at present, so they are cautiously expanding, but the interest has been great to see, Yourng explained.

With more funding, Agribusiness aims to expand into new crops and markets, including livestock, and bring more interested farmers onboard. While cautious, their growth has been rapid, and Geeks is very excited at what 2019 will hold for the firm, and for the thousands of farmers and market sellers who stand to benefit from this ingenious startup!